Droughts and water scarcity jointly pose a substantial threat to the environment, agriculture, infrastructure, society and culture in the UK.  Impacts can be both direct, such as affecting crops and reducing water supply and quality, and indirect such as knock-on effects on business production affecting the flow of goods and services.Yet, our ability to characterise and predict the occurrence, duration and intensity of droughts, as well as minimise and manage impacts of drought and water scarcity, is often inadequate.

In MaRIUS we developed new methodologies and models for the analysis of drought and water scarcity impacts and how these combine to affect people. By analysing a comprehensive range of impacts in a common framework MaRIUS seeks to assess the multi-attribute nature of drought impacts and generate evidence that can help evaluate trade-offs between different impacts and drought management options.

The Environment Agency and water companies monitor droughts using various indicators or drought triggers. Triggers can be based on hydrological thresholds such as river levels and flows, reservoir storage and groundwater levels. Understanding the hydrological response to rainfall deficit is essential for drought risk assessment, management and water resource planning.
The MaRIUS hydrological models represent the land surface, rivers, vegetation and sub-surface water. They are used to determine hydrological characteristics of drought events, and also to estimate river flows and soil moisture for input to the ecological and agricultural impact assessment, as well as providing the basis for water quality assessments. Output from the MaRIUS hydrological models have been used within the other research areas and models for further analysis of impacts of drought and water scarcity.

Droughts can affect water quality in rivers and reservoirs due to reduced dilution of discharges and runoff, enhanced biogeochemical processes and longer residence times in rivers. Moreover, at the end of a drought the sudden wetting of the soils releases significant fluxes of sediments and chemicals that can disrupt public water supplies, trigger algal blooms and damage ecosystems.

In MaRIUS water quality models were extended and developed for different spatial scales. The national scale data and modelling analysis of the impact of drought on water quality in UK rivers provides us with a better understanding of how water quality changes during droughts across multiple catchments. This is essential information for many different stakeholders so that we can anticipate and, if possible, mitigate the impact of future drought and maintain resilience of freshwater systems to these extreme events.

Climate change is already affecting habitats and their species in several ways.  Future changes in temperature and water availability are likely to lead to further changes in the distribution of many species and thus in habitat composition and functioning. Both water scarcity and drought could also result in changes to the ecosystem services provided by the ecosystems and their species. In MaRIUS we focused on selected  woodlands, rivers, wetlands and  grassland ecosystems, concluding that all ecosystems will respond to drought, but will vary in the magnitude of the impact and their ability to recover.

Woodlands are very important for biodiversity, carbon storage, water regulation and watershed protection. Recent literature has reported drought-induced mortality and dieback of forests in different regions across the world. In Great Britain, the potential impacts of drought on tree species and woodlands are not well understood. In MaRIUS, therefore, we have analysed the temporal and spatial patterns of the potential impacts of and vulnerability to drought for important British forest species.

Our results highlight that:

River ecosystems, their habitats and species, are at risk from drought, with the scale of impacts dependent on the magnitude, timing, frequency and duration of drought events. The water requirement of plants and animals varies according to the species, and therefore, so do their tolerance and response to drought.

Our results highlight that:

Wetlands are ecosystems characterised by periods of saturation or inundation. Because they are not all constantly wet, the species occurring in wetlands are adapted to periods of dryness. However, drought events are periods of extreme aridity during which species may disappear and physical characteristics, such as soils, may change. Recovery of wetlands depends on the intensity and duration of the drought and the proximity of species reservoirs to support recolonization. If intensity, duration or frequency of droughts increases in the future, greater changes may result and the ability of wetlands to recover may be compromised.

Our results highlighted that: 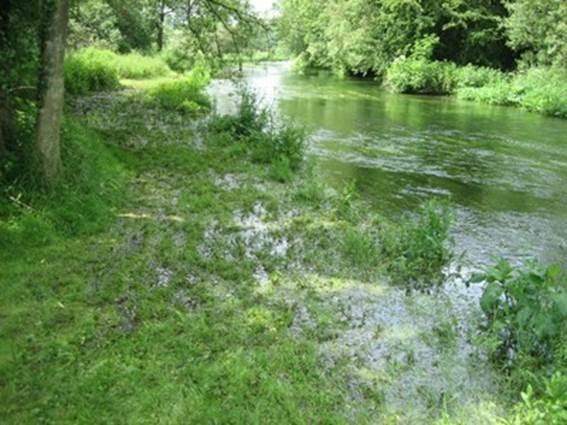 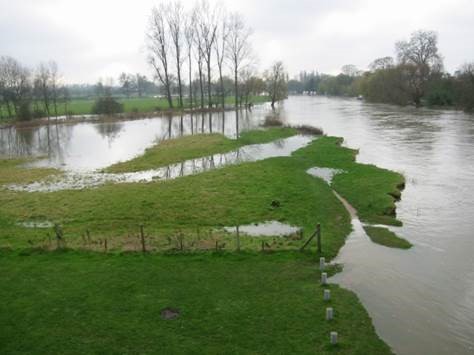 Research also focused on selected grassland habitats, projecting how the suitable climate space for the growth of certain species might change over time. For example, our results highlighted that:

Agriculture, due to its dependence on weather conditions, is one of the most severely affected sectors by droughts and water scarcity.

In humid climates, supplemental irrigation is an essential component of production not for boosting yield but for quality assurance, to meet the premium quality criteria demanded by the major processors and retailers. In MaRIUS, we are looking at the financial impacts of farmers not having enough water to irrigate their crops during droughts. According to our results, the financial benefits of irrigation in England and Wales in a dry year are higher than £650 million at the farm level. The impacts of droughts on the farm are transmitted along the fresh produce supply chain, from the farm to the consumer, via packers, processors, supermarkets and retailers. Understanding how these impacts are transmitted and how each sector of the supply chain adapts to them is crucial for increasing the resilience of our food supply system.

Drought is an inherent feature of the UK climate. Over the last few decades, farmers have been affected by several droughts in the past, leading to severe impacts on their production. In the Anglian region, where irrigated agriculture is mostly concentrated, farmers have learnt from experience and adapted to droughts, being more resilient to this natural hazard than they were in the 1976 drought. The most crucial factors contributing to this are: a) investment in water resource diversification (i.e, on-farm reservoirs), irrigation scheduling and drought management plans; b) collaboration amongst farmers through Water Abstractors Groups (WAG) and other associations; and c) close collaboration with the water regulator. Our results highlight the importance of a vertically integrated drought management approach for reducing the impacts on agriculture, that not only considers on-farm responses (crucial for adapting to climate change and variability), but also how farmers work together to protect their interests and the pivotal role that the regulator plays in interacting with farmers to provide information and support.

Climate change is expected to increase temperatures, modify rainfall patterns and intensify drought frequency and severity. Consequently, supplemental irrigation in the UK will face an increasing risk of being constrained by the licensing system and abstraction drought restrictions. In MaRIUS, we analyse the impact of climate change on the risk of not meeting crop water demand because of a) abstraction limits in the licences (farmers using all/most of their licenced volume) and b) irrigation abstraction restrictions imposed by the regulator. The results indicate a significant increase in the proportion of the abstraction licence use in all England due to higher irrigation needs. Although the likelihood of drought restrictions is found to increase significantly in central and western England, abstraction licence limit is likely to represent the greatest risk for abstractors in the future, mainly in the most productive agricultural areas located in eastern and southern regions. Our work emphasises the influence of regulatory abstraction constraints on supplemental irrigation and the extent within which it could restrain agriculture in the long term.

Economic impacts of drought can be large and far-ranging. However, estimates of the economic impact of droughts are generally developed in the absence of an explicit conceptual framework. Therefore, in MaRIUS a new analytical framework has been developed, to capture all the factors that contribute to, or mitigate against, the economic costs or impacts of a drought. These factors include climate and drought dynamics, infrastructure in place and policy, planning and management actions. The economic model will be used to estimate direct and indirect losses of drought and highlight the impacts associated with different drought management options.

A particular focus of the research has been on the water requirements and effect of drought and water scarcity on electricity generation. Approximately one third of the UK’s electricity supply depends on freshwater, for the cooling of coal, gas and biomass thermal power plants. These power plants need a reliable water supply and operate under strict environmental controls to minimise ecological impacts. Low flows and warm water temperatures mean some power plants may need to reduce or shut down operations, resulting in the need to use more expensive electricity supply options, thus pushing up electricity supply prices.

This website uses cookies to improve your experience while you navigate through the website. Out of these, the cookies that are categorized as necessary are stored on your browser as they are essential for the working of basic functionalities of the website. We also use third-party cookies that help us analyze and understand how you use this website. These cookies will be stored in your browser only with your consent. You also have the option to opt-out of these cookies. But opting out of some of these cookies may affect your browsing experience.
Necessary Always Enabled

Any cookies that may not be particularly necessary for the website to function and is used specifically to collect user personal data via analytics, ads, other embedded contents are termed as non-necessary cookies. It is mandatory to procure user consent prior to running these cookies on your website.